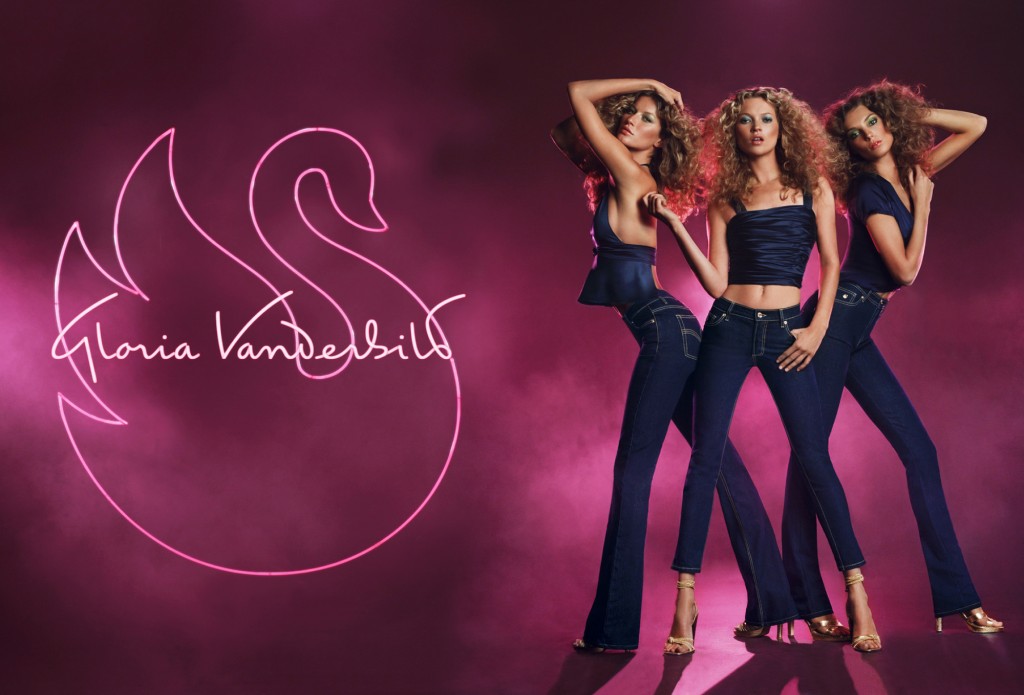 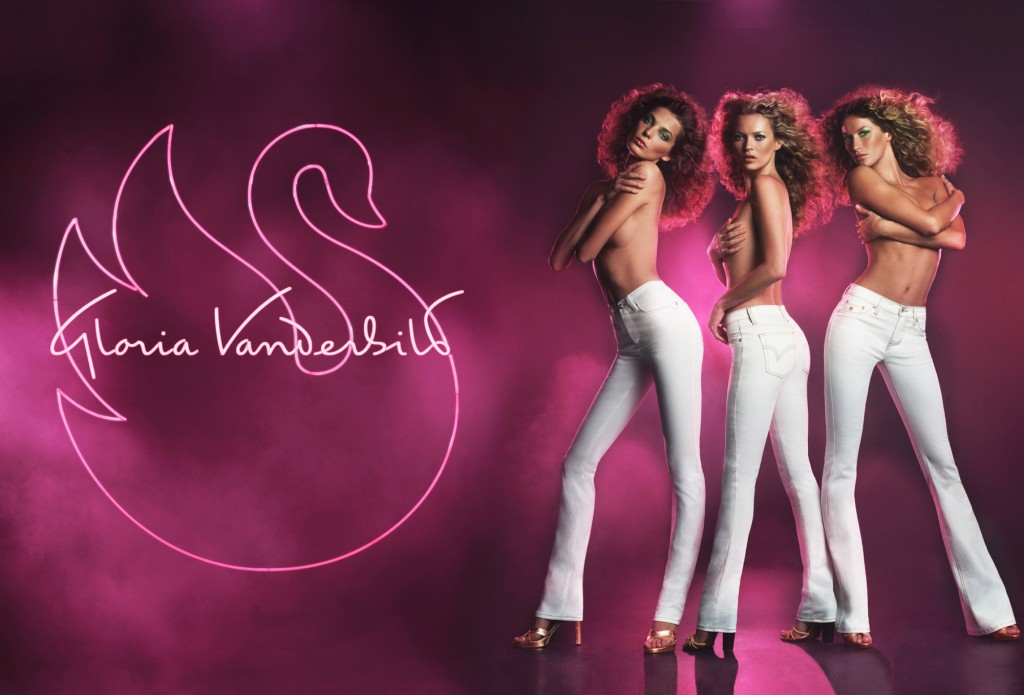 Logotype Gloria Vanderbilt, for AR New York, 2004. The historic version wasn’t very legible, we’ve rebuild it from writing sources, to bring back the right shapes. The new drawing based on writing is more legible, and now connections and ligatures make sense. Then, after various steps, discussions, a final artwork was finalised, expended into three variations depending the size of use.