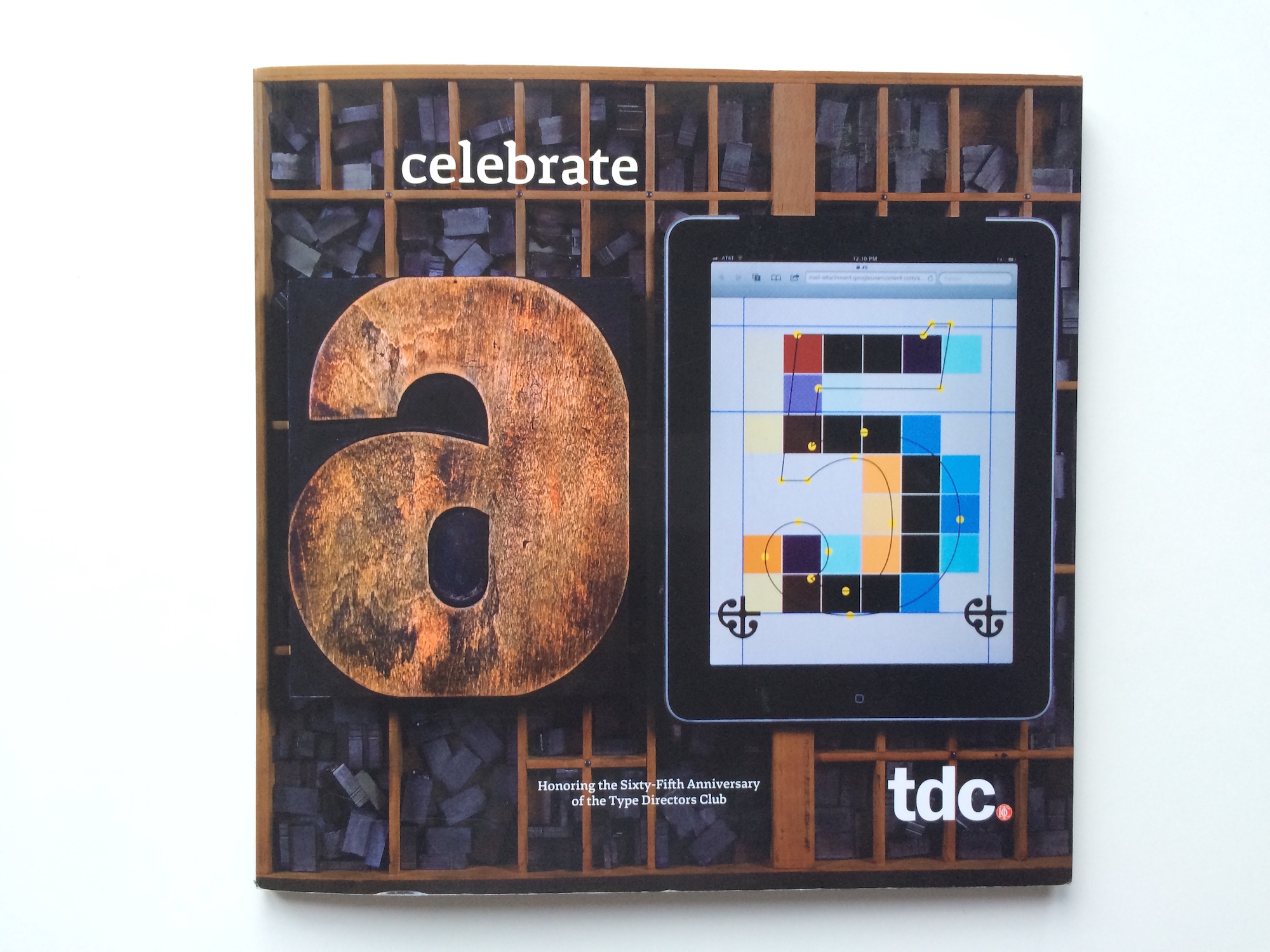 How difficult to design a piece with just two figures! Jean François Porchez was asked to design a piece to celebrate the 65 years of the TDC. The idea wasn’t to use numerals but letters to design the “number 46.” There is too much possibilities. A Condensed slab was the starting point for this 46 in Drop caps manner. The color scheme was influenced by concrete and metal common elements of New York architecture.